return to main page | return to ocs
← next | previous →

ABOUT:
Lucifer is a strange and incredibly powerful entity, though not a particularly dangerous one. Because of her name, she's often mistaken for some sort of great evil, but in reality, her interest in others is very superficial, and she couldn't care less about meddling with anyone's lives outside of her little match-making service. Which, by the way, sucks, as she's never made any sort of genuine attempt at grasping human people. Anyone who attempts to summon her is likely to get roped up in it, though. She can shapeshift completely freely, and the black parts of her body lead to a pocket dimension.

PERSONALITY:
Histronic, selfish, and kind of a pain to deal with. More intelligent than she lets on, but willfully ignorant about most things around her. She doesn't experience emotions in the same way as people do, and is incapable of experiencing love, fear, or joy - but her respect can be earned in the same sense that a wild animal may grow to tolerate you in its territory.

Lucifer is my sona in that she represents (a part of) me, although we're not very alike... in any way whatsoever, nor have we ever been.

Collective beliefs hold some kind of tangible power, regardless of any truth; for example, if a lot of people have bigoted beliefs, those beliefs affect the people around them regardless of if they're true. If a lot of people believe in some sort of deity, regardless of if that deity is 'real', it has a tangible influence on the world regardless... When I was a bit younger, I believed that there was something wrong with me. That deep down inside me, there was something evil, something rotten, something inexcusably terrible! But, realizing that it's unlikely I'd be the only person to ever feel a certain way, among 8 billion other people, I figured there was something like that in other people, too. And that if everyone thought they had that rot in their hearts, that collective belief was a monster that held us in its grip. I'm not religious, but I thought that if there was something like a devil, or a Lucifer, it would probably be that.

And, naturally, this Lucifer is mine. Part of that collective belief, she's the devil itself, but the only part of it that belongs to me. Nowadays I'm pretty normal and I don't believe cruel things like that about myself anymore, obviously! But she's helped me come to terms with the part of myself that I thought was bad, by being her own person that I could learn to love. 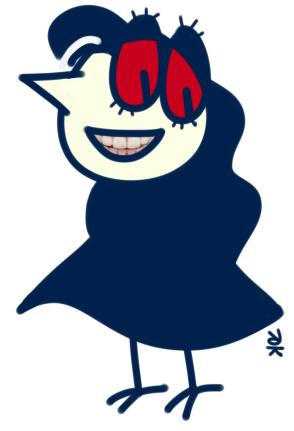 Capable of freely shapeshifting, Lucifer has no one singular design, and could be interpreted however you like. She sticks to color schemes that predominantly consist of black and red, with white and blue accents. Consistent traits in her appearance are avian features (feathers, talons); sharp teeth; monstrous shapes (body horror, uncanny proportions, etc); and thick, viscous liquid that oozes from her mouth and body. Her features bleed together in the darkness of her body, and her limbs are often not apparently visible until used. Rather than physically moving her body, she displaces herself through shapeshifting her entire body into a direction (those feet are all for show). 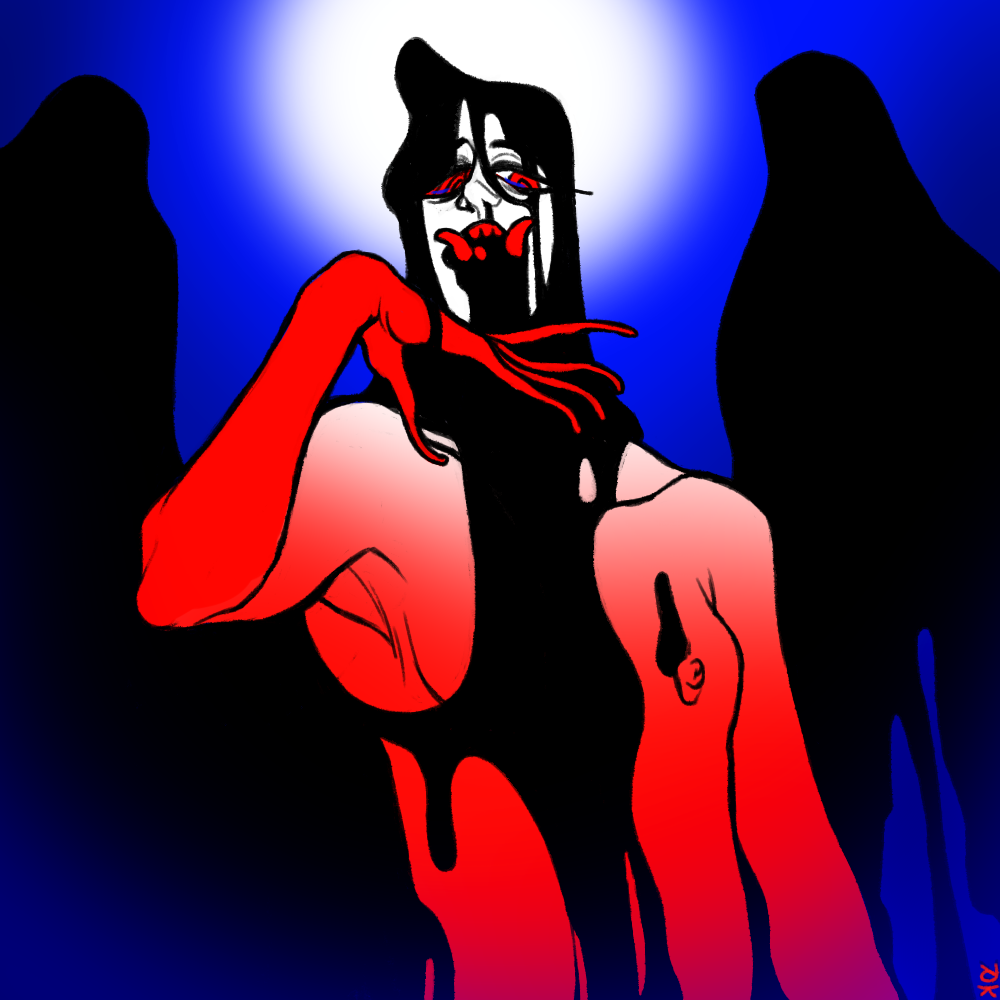 all art by me